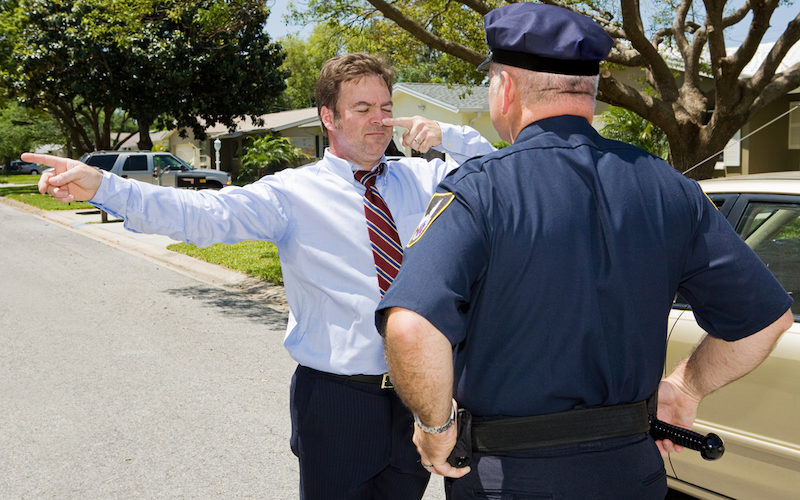 As seen in the video a cop doesn’t mind that the motorist is complying, and you can see the multiple burn marks from the pepper spray. The police officer says that he pepper sprayed the motorist’s girl friend once because she got out of the car and would not get back in, however she reports that he pulled her out of the car by her hair, handcuffed her, and pepper prayed her while she was already on the ground handcuffed. In the audio which is not on video you can hear the cop tell a paramedic “let her enjoy it” referring to the pepper spray and about the paramedic helping her out. Police Brutality? I think you could call it that.

Part of the confrontation was caught on the lady’s ipad. The police officer did not show up to the Court when subpoenaed. A civil suit against the officer’s police brutality and violation of civil rights has been filed.

New photos emerge of woman pepper sprayed by cop who said “Let her enjoy it!”

Some people as me why I represent criminals. How can you work to reduce a traffic violation which endangers someone’s life?

One answer is you can’t always take a police offer’s word for what happened.

Most officers of the law are upstanding individuals with sterling character, and are trust worthy in every way. Others not so much. Some cops look at the force as the biggest gang in town. They ride the power rush and don’t take kindly to anyone who opposes them.

That is why we have a Court Room, and a Judge, and we don’t convict people based on the testimony of any cop who wares a badge. Part of traffic ticket lawyer’s job, is to make sure that justice doesn’t get lopsided.